Back country hiking with a Baby: A bad game of 'Oregon Trail'

Cam and I are really into hiking and being in the outdoors so naturally wewanted to take our little Etta on a backpacking trip before I started working full time. I guess you could say it was the last big hurrah of my maternity leave. While the first two days were manageable the trip ended up taking a turn for the worse and ended like a bad game of 'Oregon Trail' (a classic video game for everyone else who grew up in the 90's) by the second night of our two night trip. Read on for a real life version of 'Oregon Trail'.


** I am going preface this post by saying this: The hike we went on has many hikers on it each day. At our back country campground there were about 70 other campers including some parks officials. If at anytime we could not make it out of the campsite we had ample ways to get help if needed. A post in the future on the do's and don'ts of backcountry camping with a baby to come!** 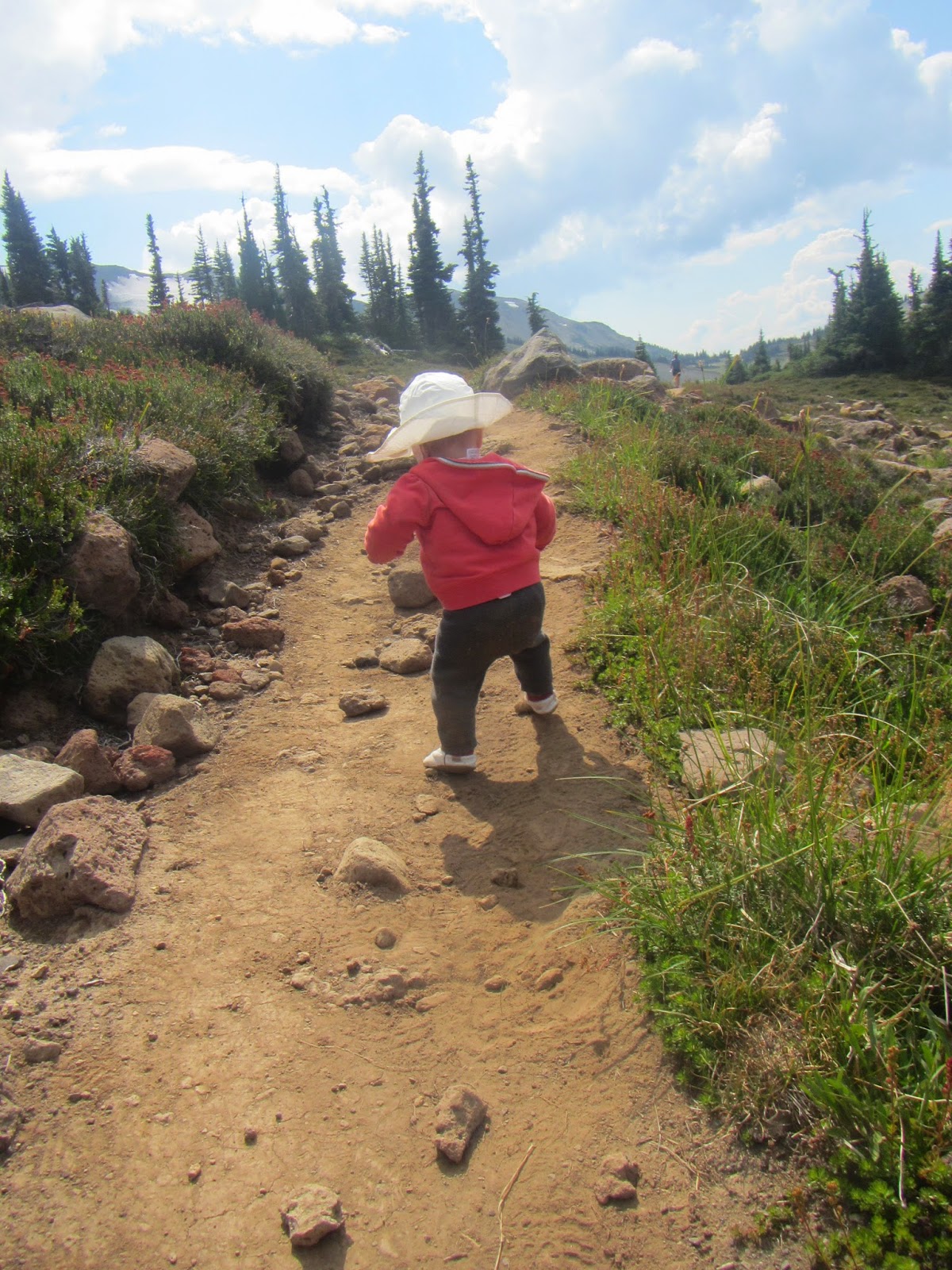 At the start of every game of 'Oregon Trail' you always put the names of the people on your trip. For the sake of leaving our friends anonymous I will make up names for them. In our party there was Cam, Annika (me) and our daughter Etta. Eve, Dan and their two kids Derick and Arthur and then Mike, Art and Jack.

Cam and I decided to go on a road trip with our baby girl Etta. We all hop into our 'Wagon'  and drive to Garibaldi Lakes parking lot. There we hit our first roadblock. 'Backcountry site closed'. We have two options. Hike to Cheakamus Lake Campground which is about 3 km or do a similar hike as the one we planned called Helm Lake that is about a 9 km hike.


We chose the Helm Lake trail. Off we go on our 9 km hike with 900 metres elevation adventure. Just like any Oregon trail game you always have such high hopes of your family reaching the finish line unscathed.
We chose to traverse the rivers by crossing over bridges instead of swimming or forging. The bridges got us safely across. 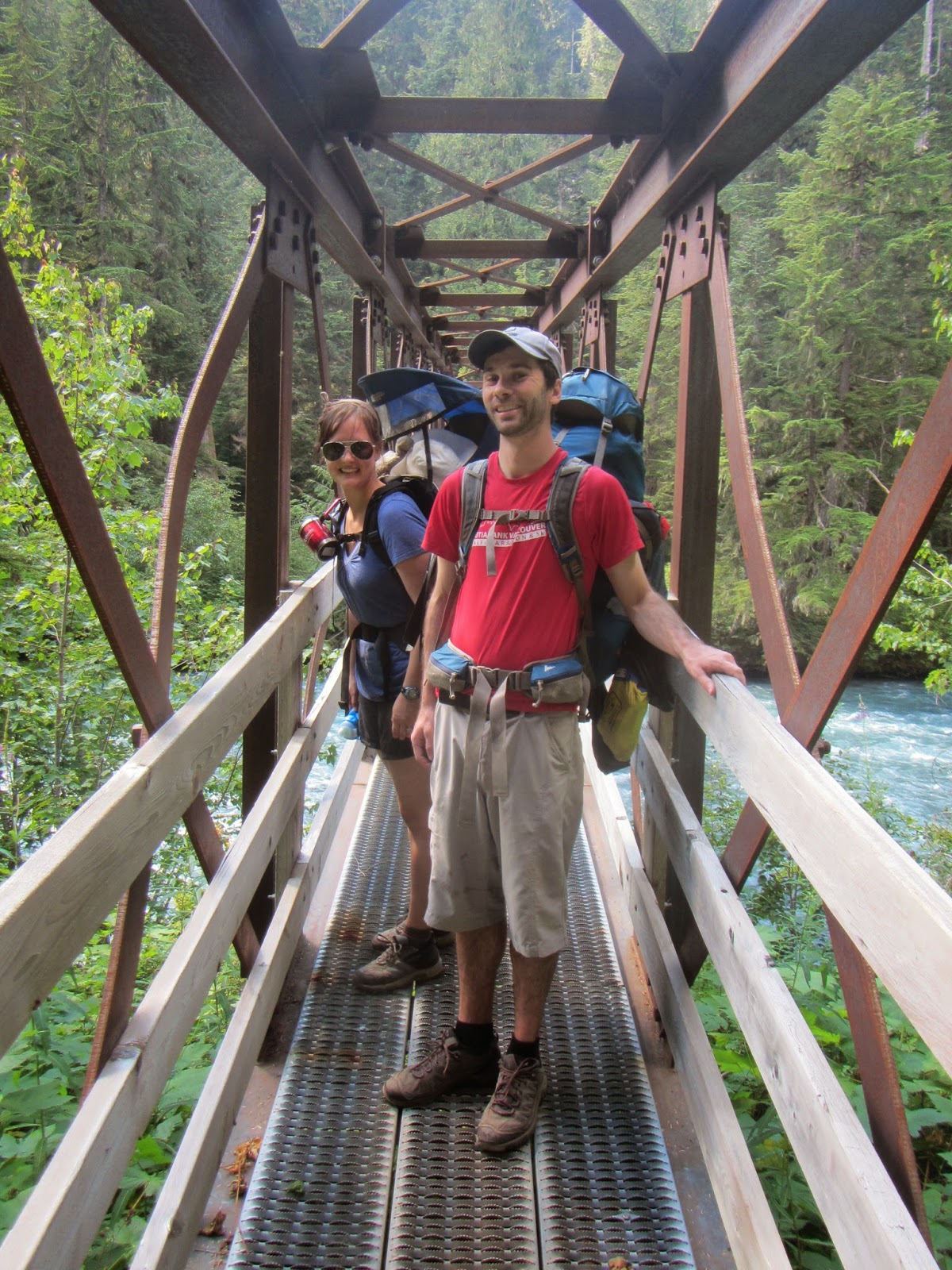 We took snacks, lunch breaks, breastfeeding breaks and change your babies bum breaks along the way.


There was no need for buffalo hunting, as all of our food was packed in our bags. Climbing some of the switchbacks makes us all tired by the end of the first day but we finally arrive at our destination. The total hike took us about 5 hours to complete, including all the stops. We set up our tents near a creek so that we would have easy access to water that we could purify and it was not too far from the bear cache either.


That night I did not sleep very well at all and this was the first sign of potential disaster on our trip. Etta was up during the night crying and I later realized that it was likely because she was teething. She also is a very rambunctious sleeper. In other words she likes to crawl, walk, roll and anything in between while she sleeps. For a few minutes I moved out of her way and she spent a good chunk moving around the tent while she slept. All I could think of was "hmmm you expect me to sit curled up in this corner all night?" Most of the night I had to breastfeed Etta to keep her calm and sleeping.

The next day I was exhausted from lack of sleep. I told Cam that we should consider packing up and heading down the mountain. It did not take much to convince me to stay the night. We had a better plan for sleeping the second night and agreed that because we carried our heavy packs and Etta up we might as well enjoy another day in the wilderness.

The second day we had high hopes of making it up the Black Tusk (The dried up volcanic mountain in the background of the picture below). This would have been around a 11 km round trip excursion back to our campsite. This hope soon died as we realized it was just not realistic with lil Etta in tow and the fact that I was tired from not sleeping the night before. We ended up hiking up closer to Black Tusk and letting Etta do a little hiking of her own.

The second night was disastrous and is where we were all really reminded of 'Oregon Trail.'

In other words Cam is outside the tent vomiting from about 12 am -7 am. I sleep through most of it knowing that Cam is ill, but I also  know that I need to get the best possible sleep for tomorrow so that I can help pack our stuff and get us down the mountain. I get a decent sleep only to find that after having packed up most of our stuff.....

I walk past Eve and ask her how she is doing and ...

The rest of the crew seems to be doing okay. Since Cam and I are ready to go we leave the crew with Etta, the best thing for us is just to get down the mountain as quickly as we can. Without being able to eat or drink any water, we build up all our strength and leave the campsite. Within a few steps 'BOOM' I vomit everywhere. This continues multiple times for the first 4 km. During this time Cam, who is still sick, ends up carrying both Etta and our big heavy pack. (Now remember both of these packs are carrying our clothes, diapers, 2x sleeping bags, 3x mats, pots and pans. Thankfully one of our friends who was camping with us carried our tent down knowing that we were both so sick.)
After Cam has carried both packs for a good 4 km I try carrying Etta again and 'BOOM' I continue to vomit. My body was under too much stress for how sick I was and the lack of nourishment was making my muscles cramp. 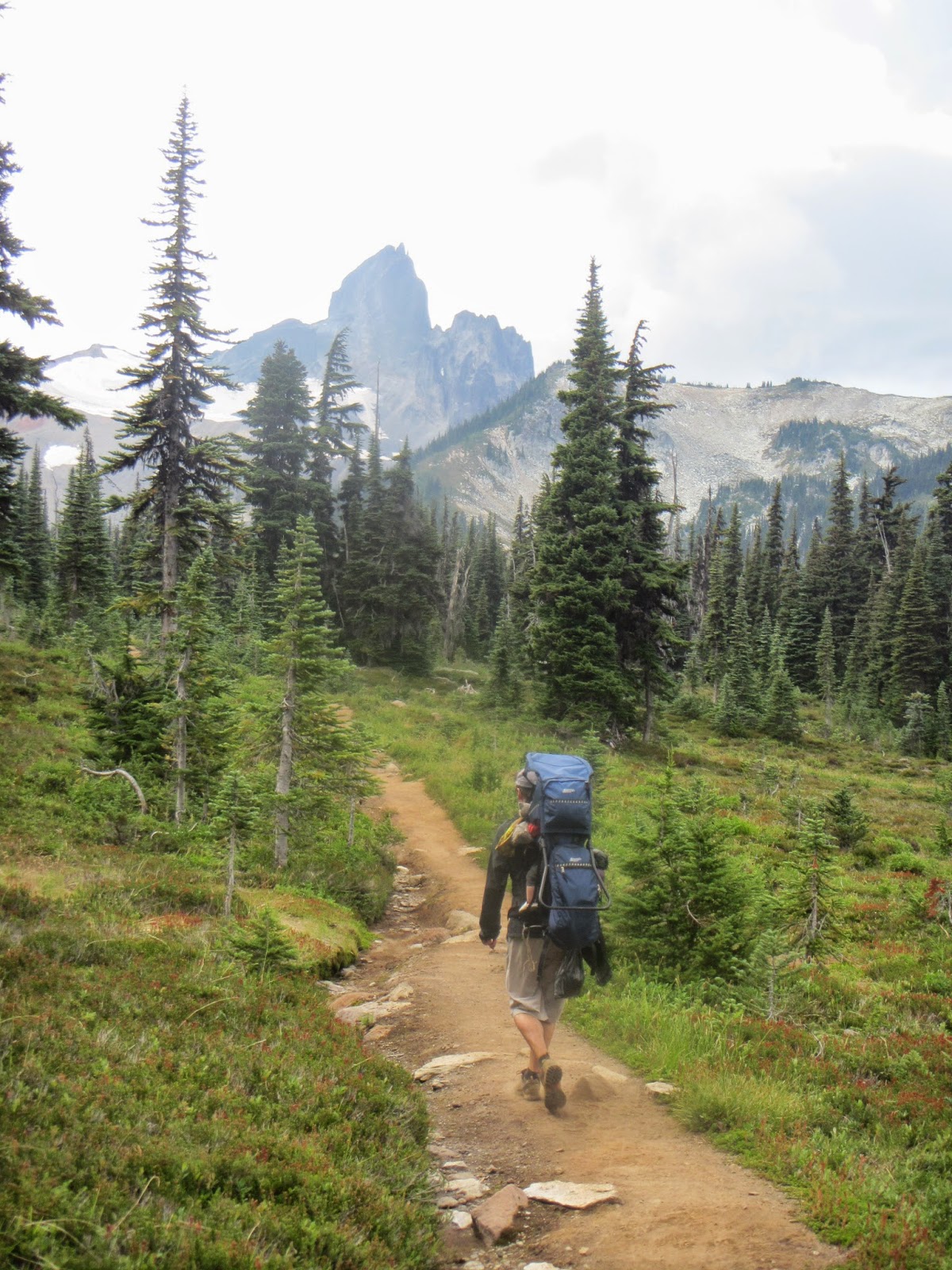 Once at the bottom of the mountain I was relieved to finally be able to rest. All I could think of was lying in the fetal position next to a toilet. Cam decided that he wanted to head back up and get our bag. I told him that if he wanted to get the bag I would need to go somewhere where Etta could be safe and I could lie down without having to worry about her walking off a cliff. We decided that we would stay in a hotel that night and I would go there with Etta while he went back for the bag. Once at the hotel I turned on the tv to the nearest kids channel and laid on the couch watching Etta play with my keys. It was as if she knew that I needed a rest.

After making sure that Etta and I would be fine Cam headed back up the mountain. Luckily our friends brought the bag down most of the way so that Cam only had about 2 km to hike in to pick it up. He arrived about 2 hours later at the hotel. Safe and sound on the couch waiting for Etta's bedtime so that we can rest some more.


There you have our first backpacking trip with a baby. 'Oregan trail' at its worst. Thank goodness we got down the mountain!
Posted by Annika and Cam at 9:35 AM