Shout out to Husk!

I feel that the last few days have had a huge turn around with Husk the Husky coming to the rescue. I never thought a stuffed animal could bring me such joy and happiness in my late 20s as good ol' Husk.

A little background on Husky. When we were coming to Copenhagen I gave little 6 month old Etta a choice. "Do you want the husky dog or the giraffe?" Her eyes lit up as she reached for husky dog. This was the first time I really saw the effect that Husk has on her. 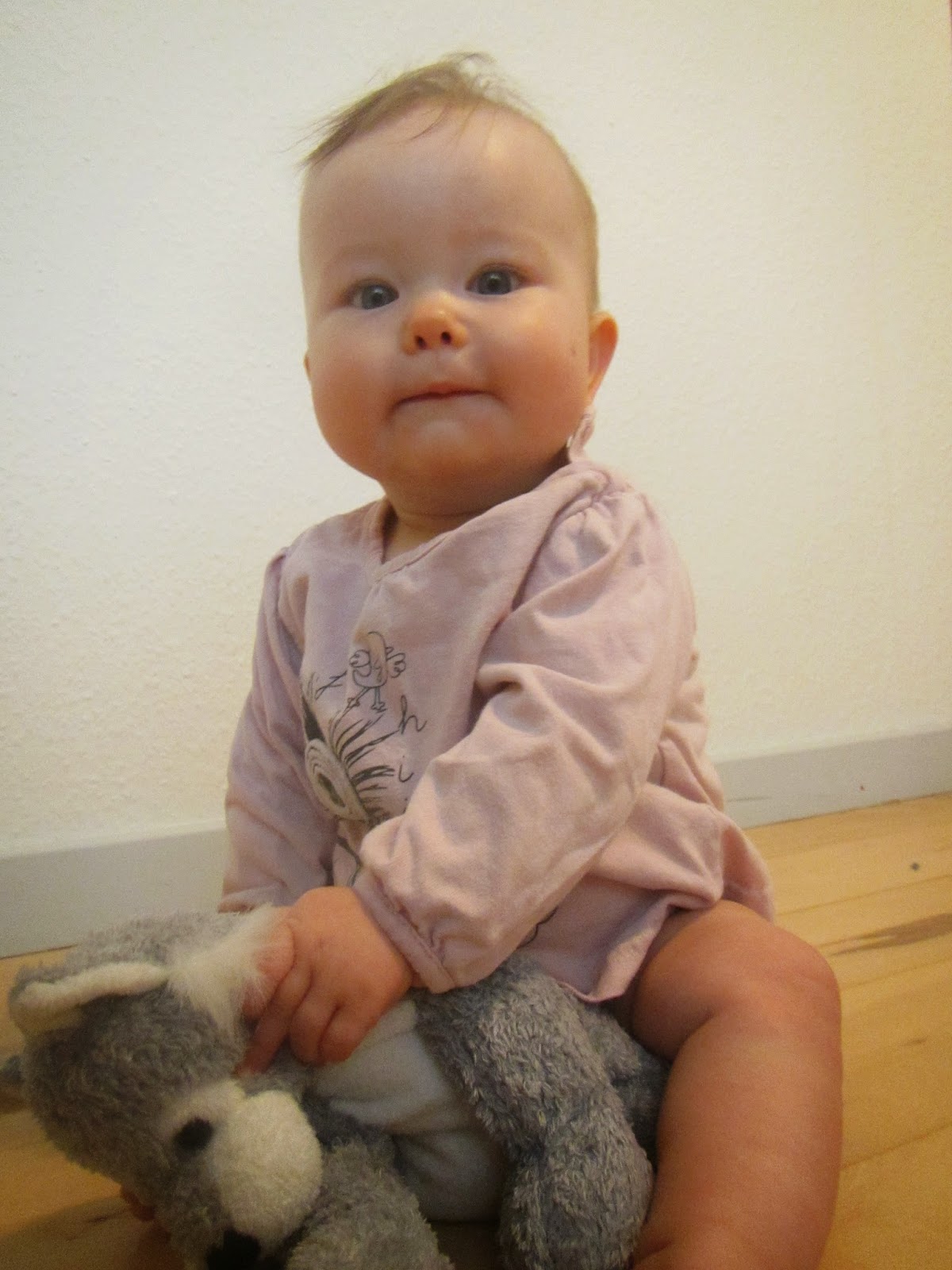 Anyways, as babies do they go, through ups and downs in their development. Just when you think you have them figured out they need a schedule change, they're teething, learning to roll then crawl then walk etc. Right around 8 months, Etta entered a new stage. She was not only trying to figure out crawling and walking but she also was missing us whenever we would put her to sleep. She would hang onto the crib bars screaming as we left the room and she would then settle to sleep. Yikes! Tear at my heart a bit much! 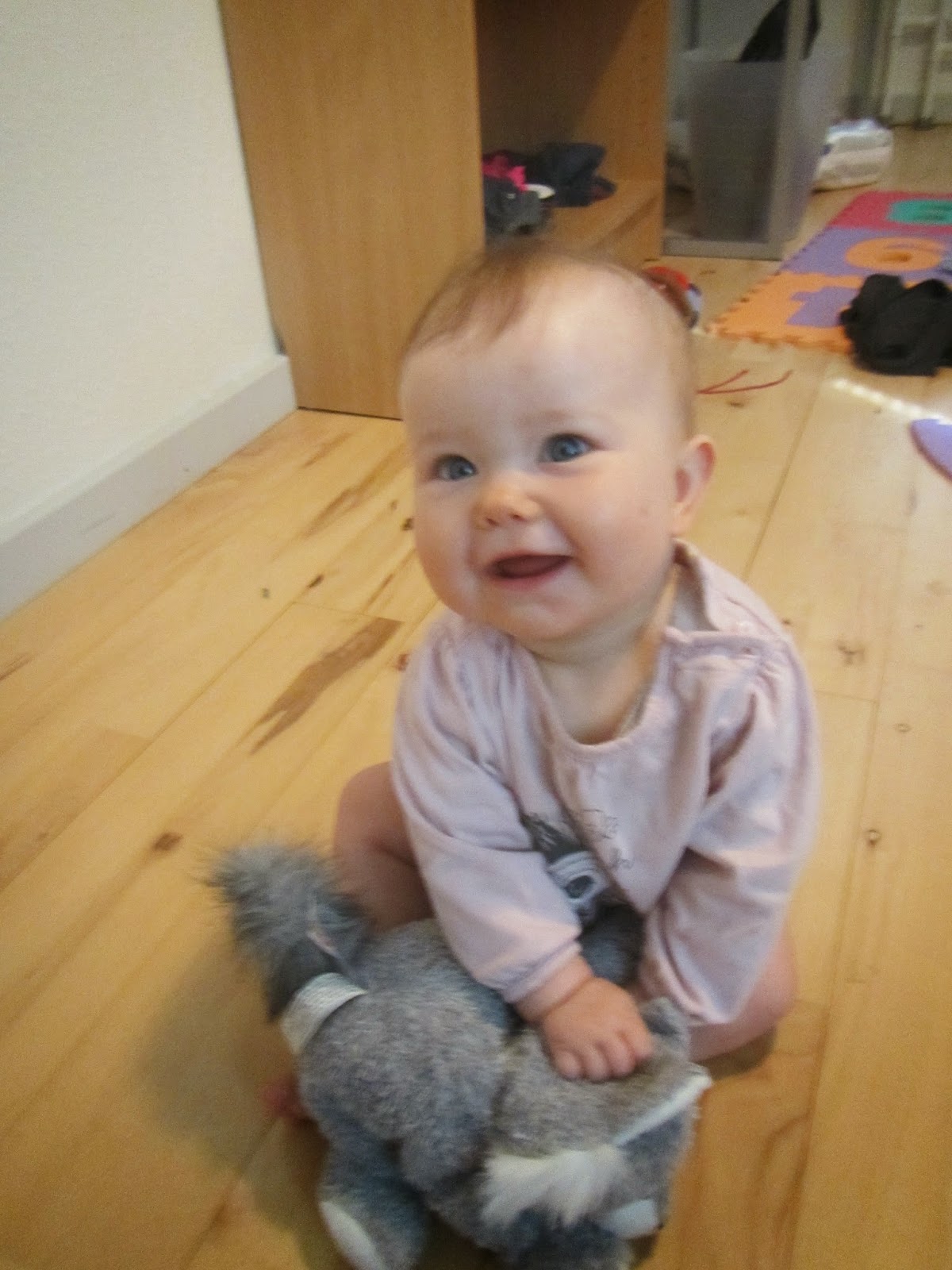 One day I was holding good ol' Husk as I was setting Etta down in the crib. She clung to him as I set her down. I decided to allow her to sleep with Husk during her nap. Best decision ever!!! From that point on for the two weeks Etta has been having long hour and a half to two hour naps. She no longer screams while holding onto the crib as I leave the room. Apparently she adopted Husk as her lovey*.

Husk really came to the rescue on our travel day to Arhus, Denmark on Thursday. While we were on the 3 hour train ride it was time for Etta's nap. Etta was getting grumpy and really needed to sleep. What happened next was, for Etta, truly amazing. Etta went to bed with Husk on the train for an hour and a half nap. Here is what I did : I set her down with her blanky and Husk, then covered her in the stroller and she fell fast asleep. She even managed this while another baby was crying (which for the record is often Etta as she heads to sleep since she does not want to miss out on how awesome life is which I totally get.) 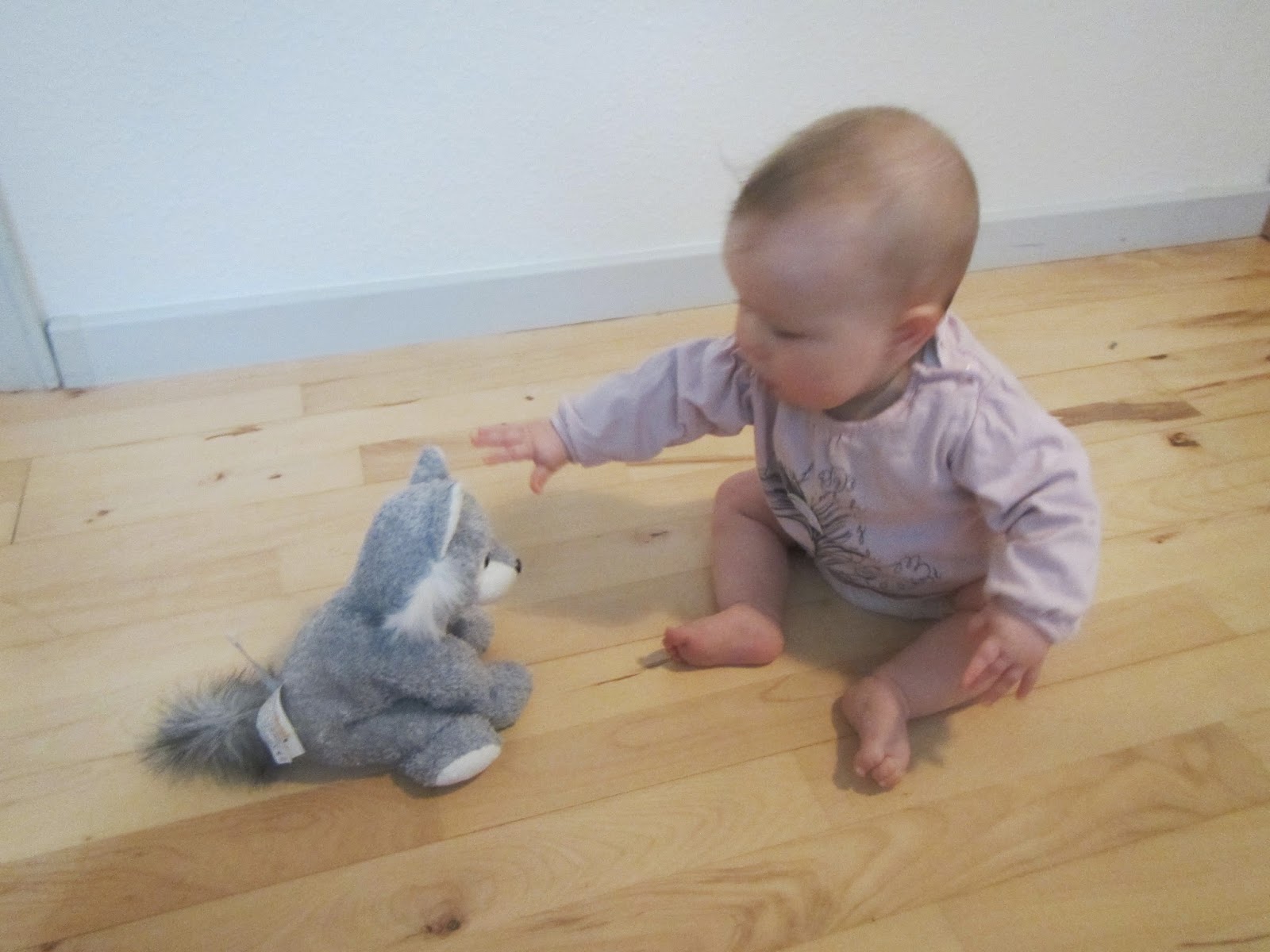 Now I am not saying that everyone needs to go buy a husky dog to soothe their baby. All I am saying is that it feels oh so good like you have won the gold medal at the world cup when you find something that works for your baby. Even if that thing only lasts for a week! So I raise my hat to you good ol' Husk! 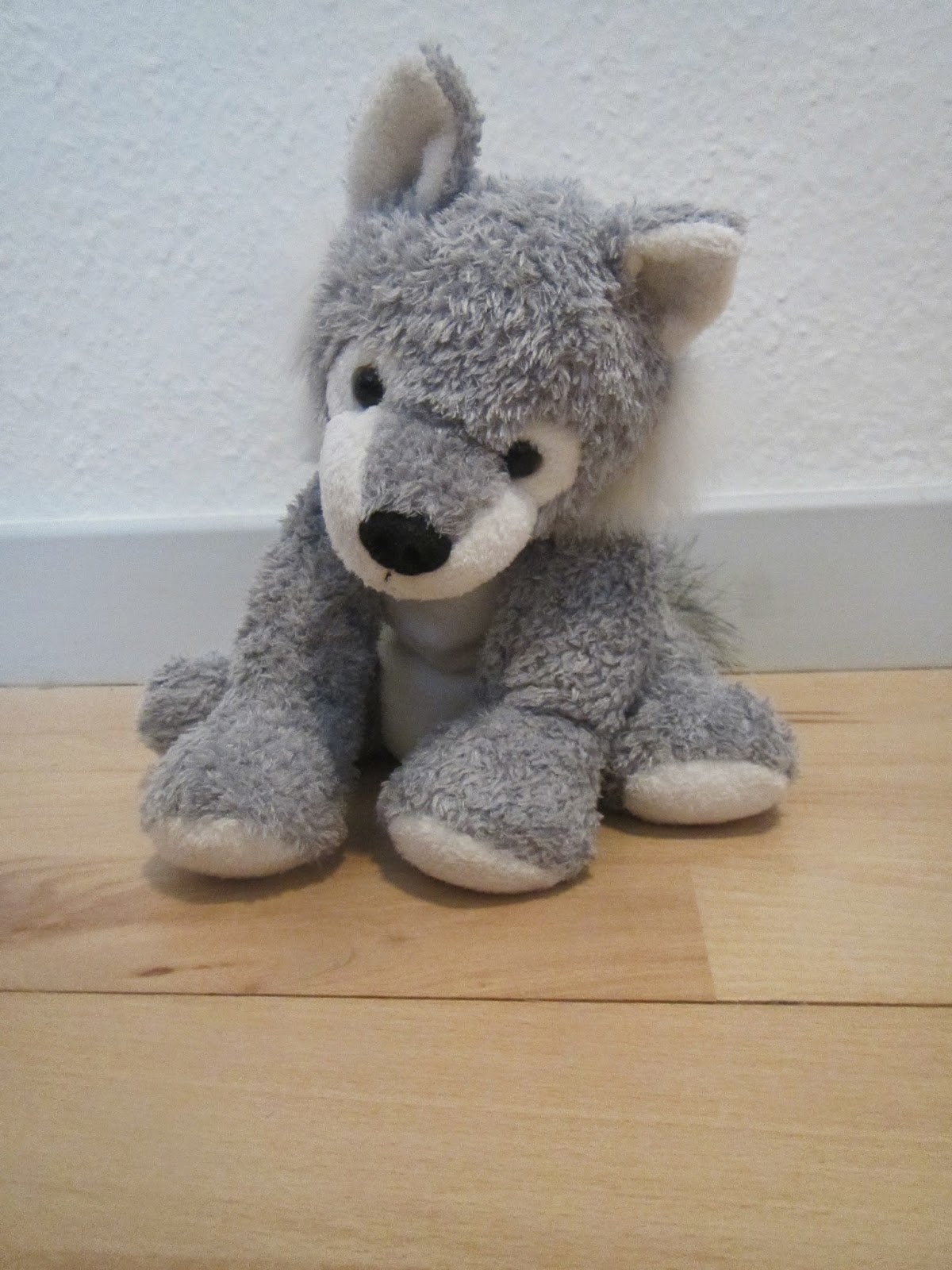 * Apparently, after doing a little mommy google research, a  lovey is some type of object (stuffed animal, blanket, soother) that babies can use to soothe themselves. Now does this mean I need to buy an identical one in case I lose this one?!